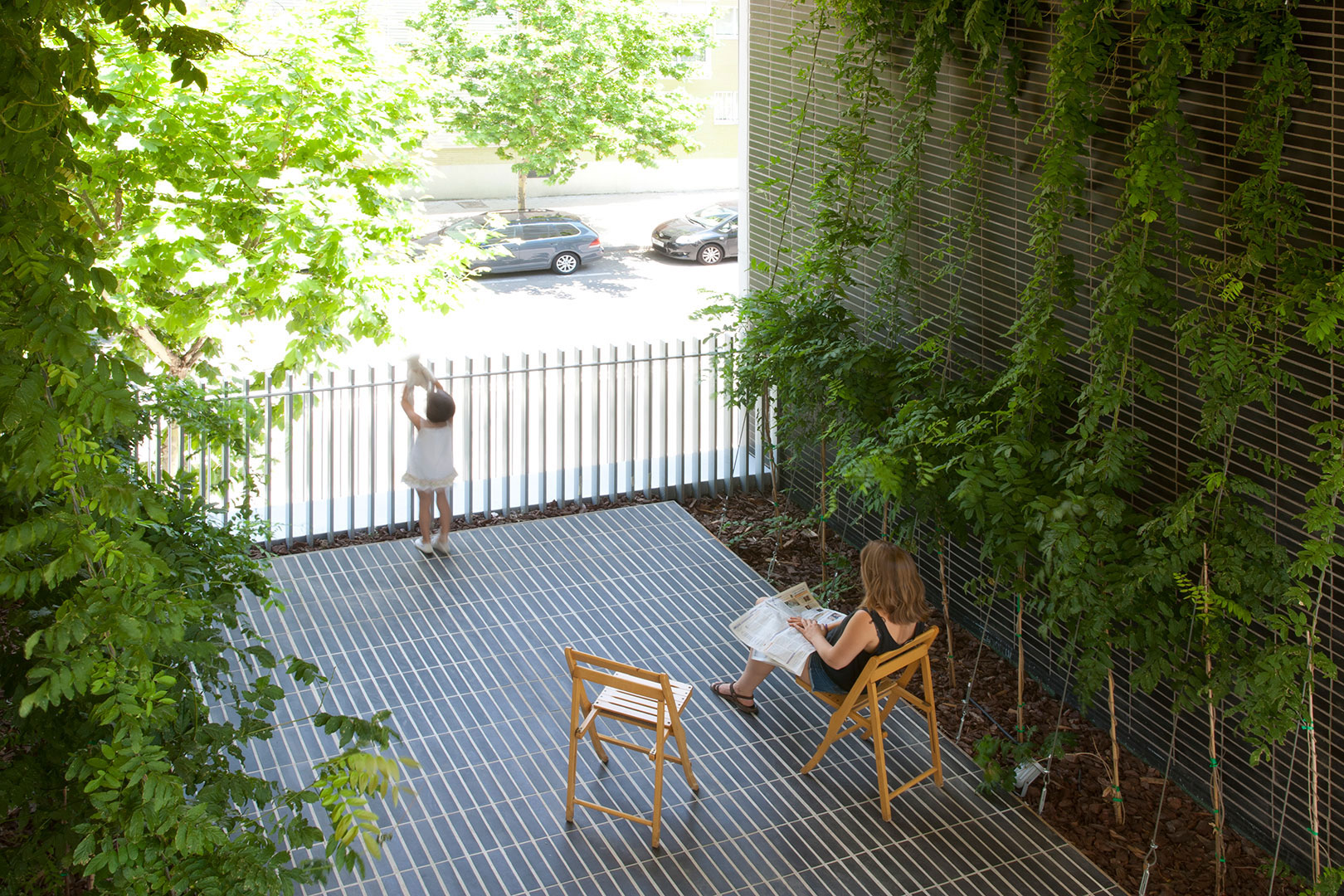 Despite the generous building ratio of the rectangular plot where the residential block is located, the urban regulations specified for the building to be built on the perimeter, which limited the options for free volumetric configurations. The initial objective of the proposal was to organize the volumes so that the structure would not seem oppressive, thus part of the surface on street level remains open. Based on these considerations, the design consists of a long and tense piece placed along the perimeter to define the street. Perpendicular to this volume, a series of the higher volumes are built. These are smaller volumes that contain different housing types and include a vertical communication core for every two dwellings. Finally, a much lower block is arranged inside the garden with the residential car park below it.

The housing unit of the whole complex is quite distinctive, characterized by its constrained dimensions, it is intended to be rented out by young people, who may acquire the apartment at a later stage. There are three different floor plan types that include mobile partition walls to achieve flexible space organization, to minimize circulation spaces and leave as much free space as possible for the living room.

The exterior areas were defined based on sustainability principles that determined the way in which the façades open up to light yet remain protected from the sun. The whole complex is wrapped up in a sort of ‘wallpaper’ with identical openings. There are not obvious expressive elements but sliding shutters that protect the façade and offer a changing appearance to the building.