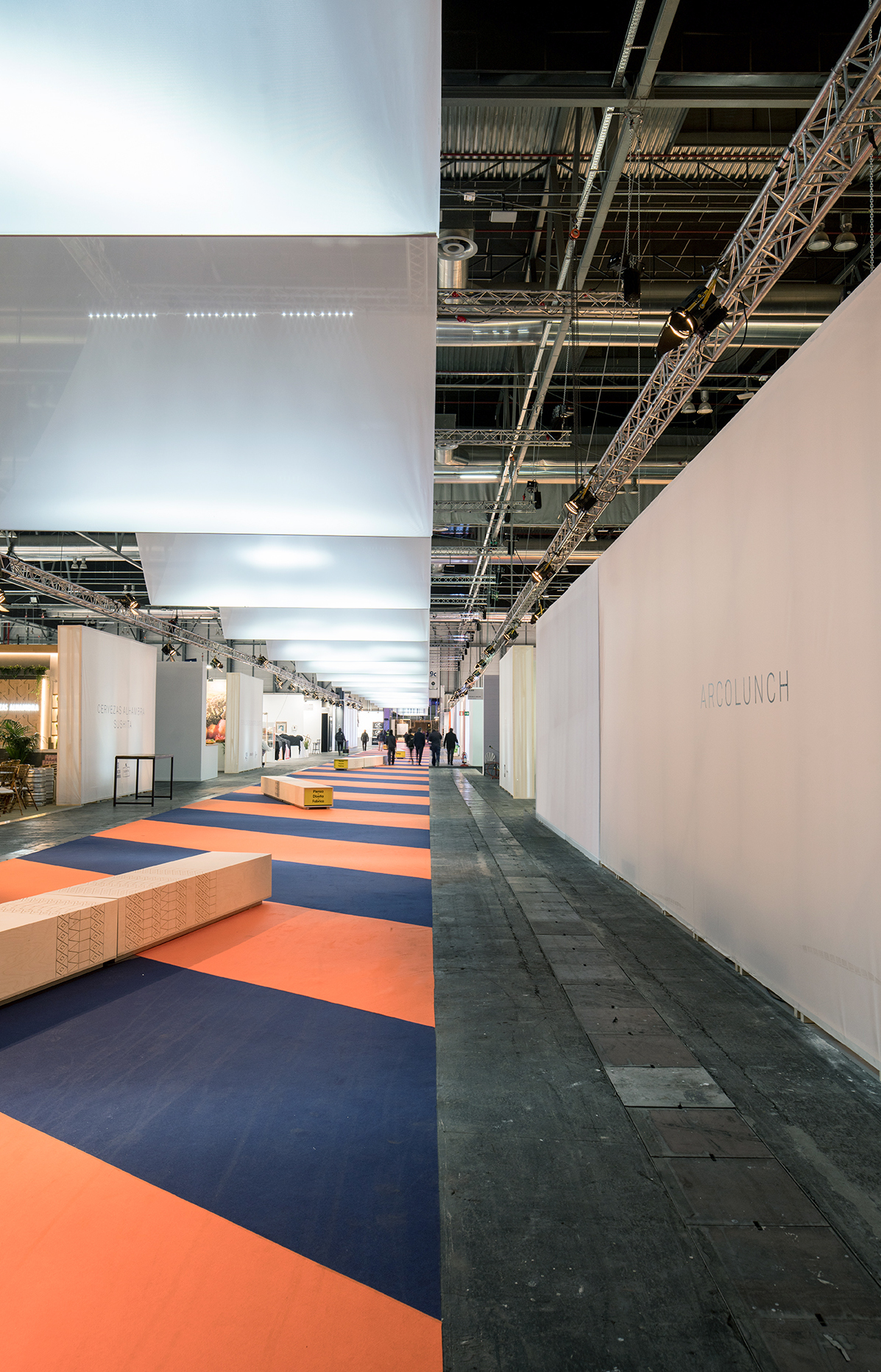 ARCO is a huge horizontal space, highly homogeneous in its vast diversity and potentially perceived as a chaotic, exhausting place. It doesn’t have a bazaar’s labyrinthine geometry, but it does have a bazaar’s character. We have tried to put some order into the buffet of stands of art galleries, and make the annual fair more legible and user-friendly than it has been in the past. This was our first task. The project affects the galleries only to a small degree, as ARCO is like a jigsaw puzzle where the pieces have come fitting together over the years, ruling out the possibility of carrying out major variations. Hence the task at hand involves making small alterations within the rigorous order of the grid, in such a way that people can better orient themselves and circulate more fluidly.

ARCO is a place for encounters. This collectivity, beyond the collector spirit and the commercial activity that all art fairs and art galleries involve, somehow makes ARCO a large public space. And like all public spaces, it needs an identity, a material specificity. The project transforms that space, which is fundamentally horizontal, into one where the vertical dimension takes on visual importance. Some lightweight and luminuous lanterns are made to hang from the ceiling, three of them round and one longitudinal and much larger, marking the fair’s public spaces, the places in which to meet and take a break. The furniture helps here, with pieces designed to be used in a variety of ways and as if in an exterior space, neutral and systematic.

ARCO has something of the 19th-century Parisian ‘salon’ about it, where people go to take a stroll. This year’s ‘salon’ is materialized with the fiction of a ‘gallery’ built with three elements. First is a ‘red’ carpet, over 100 meters long, that has the effect of uniting the two IFEMA pavilions in which the fair is held as it stretches through and imposes order on the communal spaces. Over it, an enormous lantern made entirely of cloth and light covers the whole length of the ‘gallery’ space in a powerful zigzag. Finally, a series of repeated vertical elements marks the entrance and indicates the use of each communal space, resulting in a more legible ‘gallery’ in which to see and be seen.