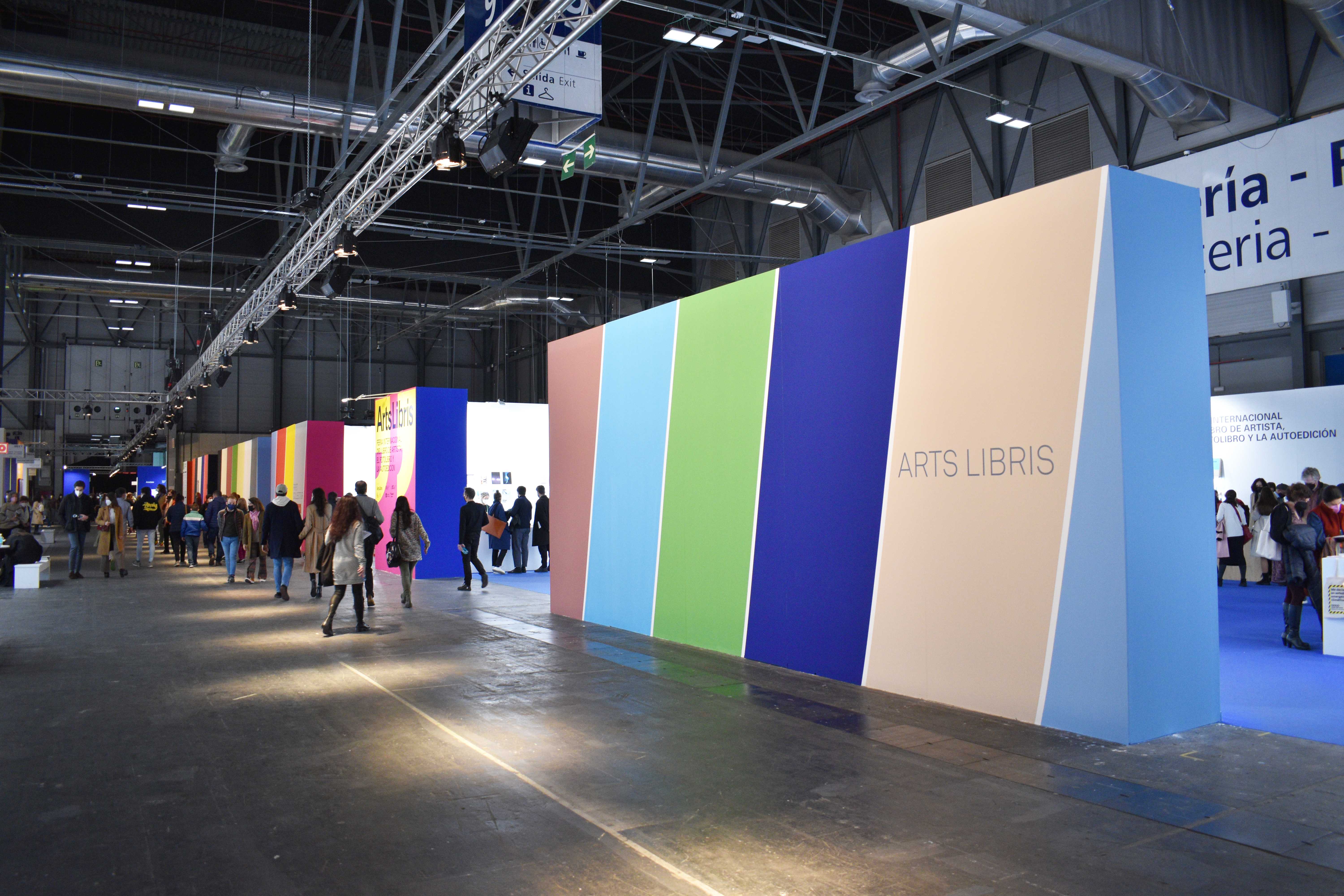 The construction of a small city

2022 marks the end of a four-year cycle in which BGA has designed the exhibition space for ARCO. It has been an enriching challenge, moving from the new to the known, which has allowed us to work with a model that is refined with experience, reconstructed year after year and adapted to the circumstances it has undergone at each moment.

ARCO is a large public space, which maintains the character a bazaar, but is organised according to the geometry of the grid. As designers of this instantaneous city, we have tried to add order to the set of streets and avenues in order to achieve a more legible space where it is easy to find one’s way around and meet people. We have sought to give the fair a recognisable identity, using the variations that ephemerality allows to build a repertoire of resources rich in nuances, maintaining and refining some strategies such as the use of colour, spatial rules and certain geometries that facilitate the control of flows, rhythms and noise.  The greatest achievement of these strategies has perhaps been to gain the large communal spaces, so necessary to balance the intensity of the visit to the galleries with spaces to favour strolling, exchange and casual chat.

ARCO in this edition celebrates itself. The fair turns 40+1 and this anniversary comes with a stronger and more enthusiastic need for encounters than in any of the previous editions, which revalidates the idea that the fair is fundamentally a great space for collective meeting. This new situation will once again transform the main axis, the natural space for encounters, which links the pavilions and the streets of this small city that is ARCO.