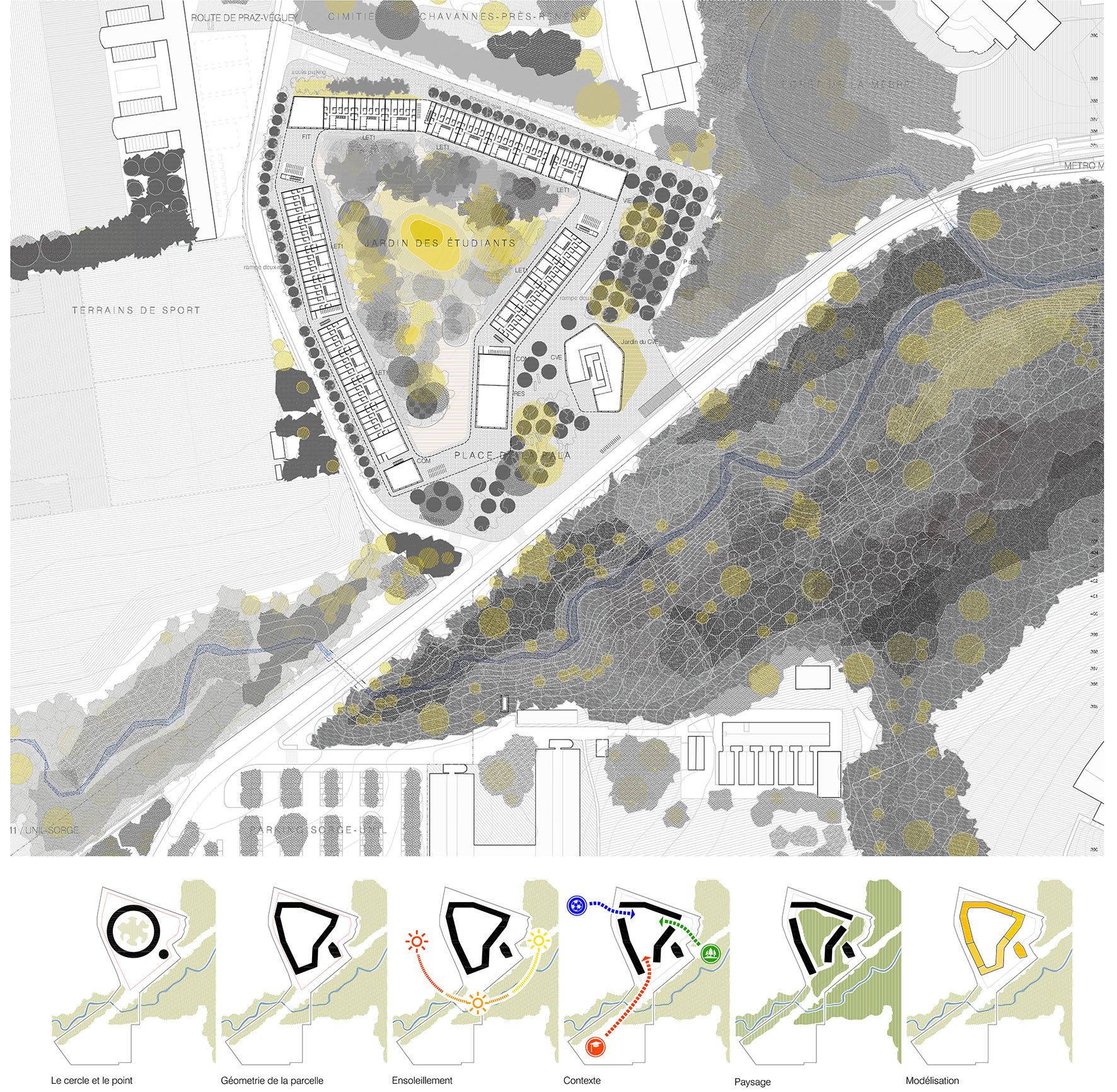 The Quartier de Logements La Pala maintains the scale of the overall ensemble of the objects that define this metropolitan context and at the same time, belongs to the same urban “Still Life”: a ring and a tower with an identity of their own and a similar scale, which are introduced to the Campus des Haute Ecoles.

But this project has some qualities never seen before on the campus: